Technically only half of today's route was on the Eurovelo which I think is Eurovelo madness. Why St Andrews is not on the route seems bonkers, it's on the North Sea (the theme of the Eurovelo 12), it's a beautiful city, and has some great pubs. The only downside is that getting away St Andrews inevitably involves heading west and that tends to be where the wind comes from. Today we had a 20 mph wind in our faces for half the route and, with 1000m of climb to contend with, it made for a tough ride. It's the end of Day 3, we still haven't crossed the Firth of Forth, and we're feeling a little knackered. 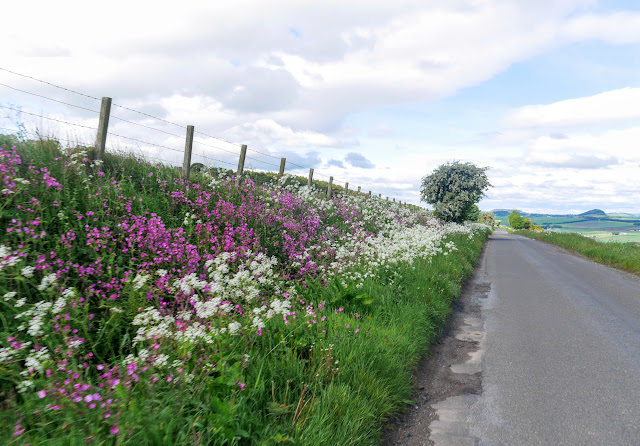 I shouldn't complain however. The countryside in Fife, although a little on the bumpy side, is very pretty. Everything is incredibly green, the trees are huge and beautiful, the roadsides are dense with wild flowers, and even with the wind in your face it's hard not to enjoy the ride. 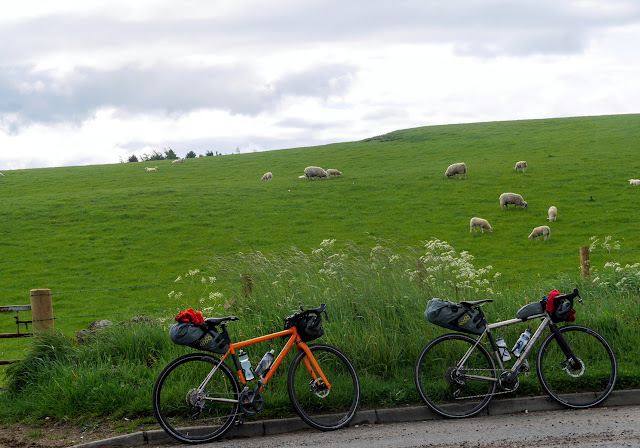 Following the Sustrans Route 1 we went west tracking in a rough and ready way what I guess is the spine of the Fife peninsula, the Lomond Hills, although we didn't actually cross them until near the end. It was a really mixed route and included wide open farmland, painful in the wind; a long trip along a wooded sheltered gorge; and some great cycling up along the edge of a ridge with huge views to the north. Coming the other way, wind assisted, were dozens of cyclists involved in a sponsored ride adding to the feeling that we were battling with the tide. 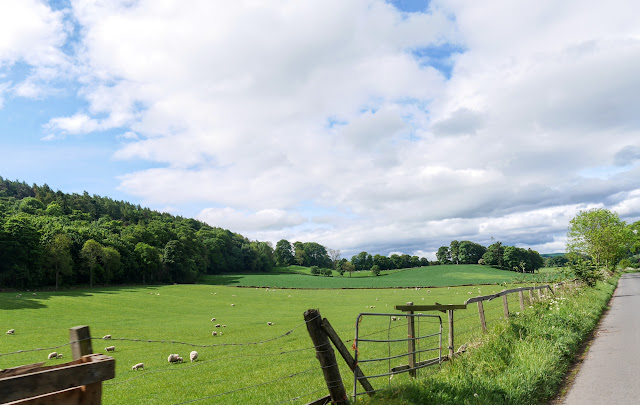 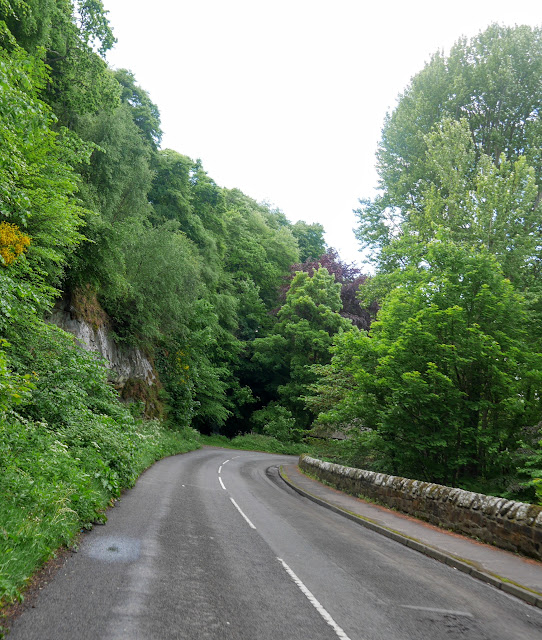 It was 2 hours before we could find anywhere open for a cup of coffee. We found one together with home made shortbread in a hotel at Freuchie. We were desperate and couldn't wait for the next village, Falklands, nestling under the highest point of the Lomond Hills and a particularly quaint and picturesque place. 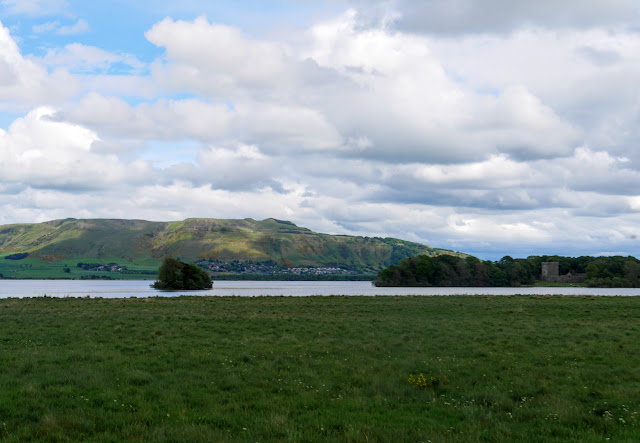 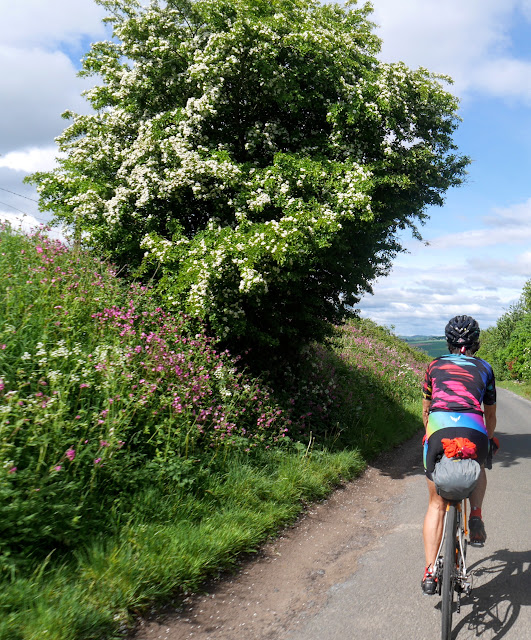 Turning southwest, with the wind now from the side, things got better and we enjoyed a nice ride on gravel paths around Loch Leven. With the mountains behind it, looking back from Kinross, it looked a particularly pretty place, although Mary Queen of Scots perhaps didn't appreciate it as much when she was locked up on an island in the middle. 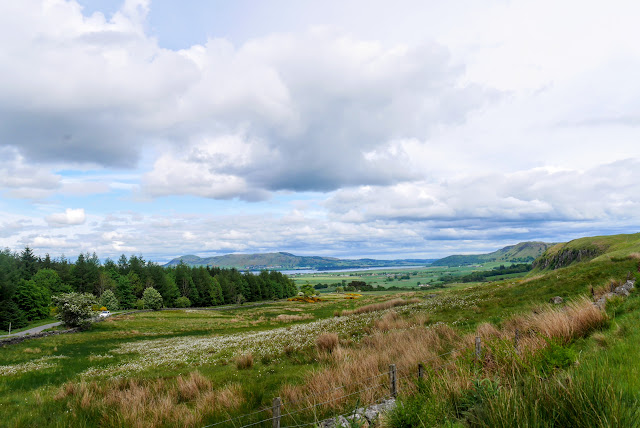 The last stretch included a 200m climb over the ridge and a lovely descent to Dunfermline. We're staying just off the route on the edge of town, a place you wouldn't automatically choose as a holiday destination. At the end of our cycling range we didn't we want to press on to Edinburgh, and crossing the Firth of Forth is tomorrow's challenge.
Posted by John Hayes at 7:59 PM