Eurovelo 12 Dunbar to Berwick upon Tweed

Today we crossed the border from Scotland into England and we're staying in Berwick upon Tweed, England's most northerly town. It was quite a short day (we stopped early to avoid the afternoon rain) but a tough one, with two 200m plus climbs. It was also a really nice ride along another excellent route.
The first 10 km out of Dunbar were the least scenic with landmarks including a massive cement works, a nuclear power station and the hard shoulder of the A1. 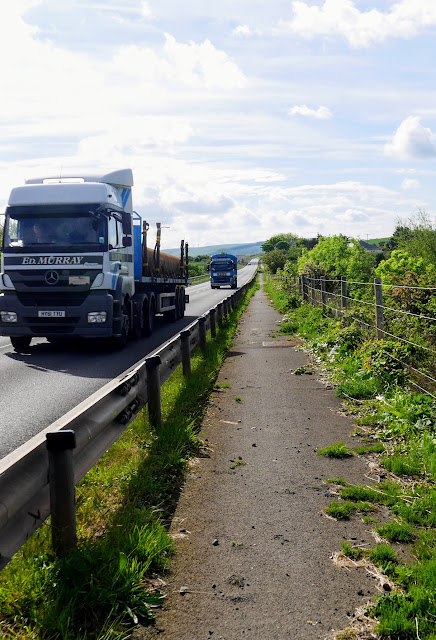 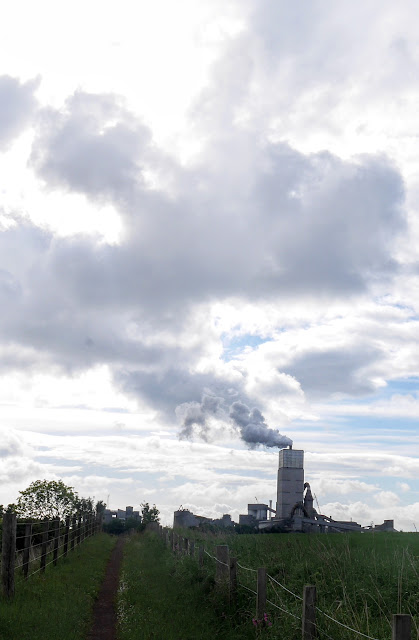 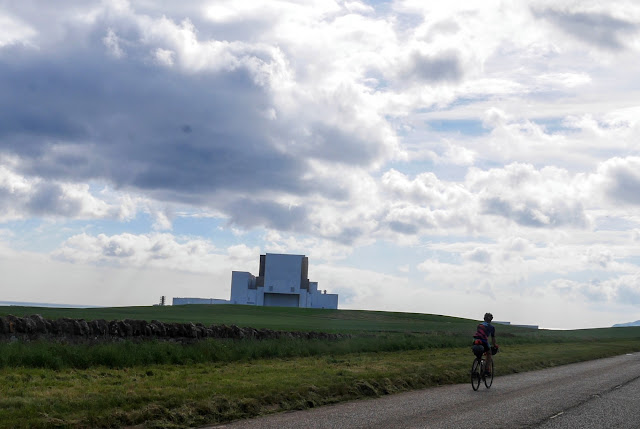 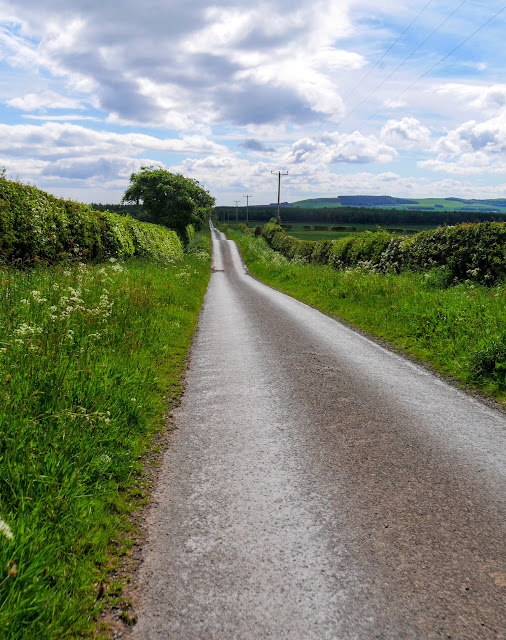 Pease Bay, which would have been beautiful if it wasn't jam packed with caravans, we started our first big climb. It was initially really steep but as we approached the summit a tail wind grabbed and pushed us to top. The scenery, illuminated with bright sunshine, was epic as we descended gently, still helped by that tail wind. 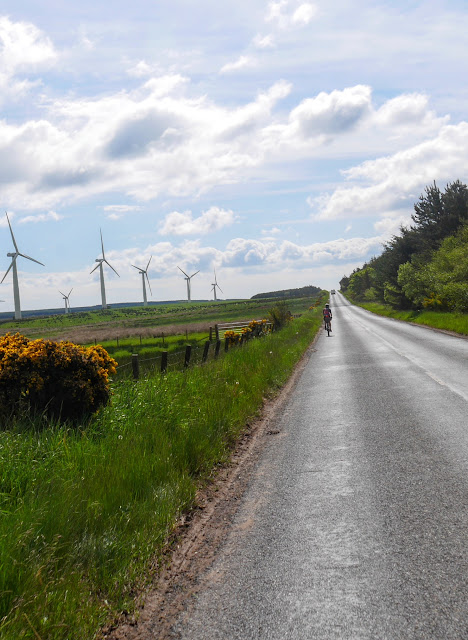 We decided to visit Eyemouth, not strictly en route, hoping without any great expectation for decent coffee. Amazingly we found the perfect place, a weird transplant from Hoxton, in which two bearded young men made an enormous fuss producing what was definitely the best coffee we've had north of the border. We noticed in a leaflet that Eyemouth is host to the annual Herring Queen beauty contest. 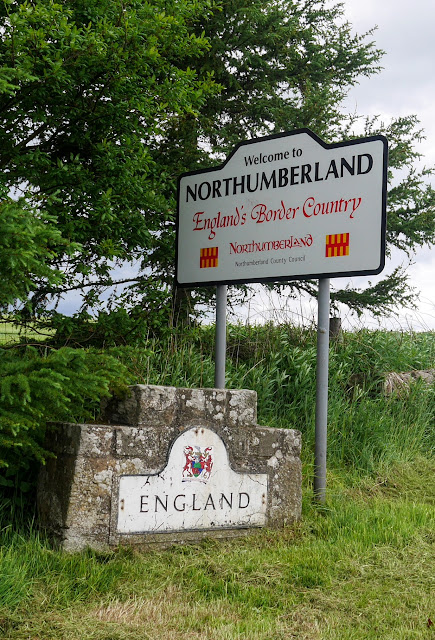 The weather was getting colder and more gloomy as we climbed another 200m hill out of Eyemouth. Signs just beyond the hill announced the border with England and after another 6kms we were in Berwick arriving just before the rain, perfect. timing. 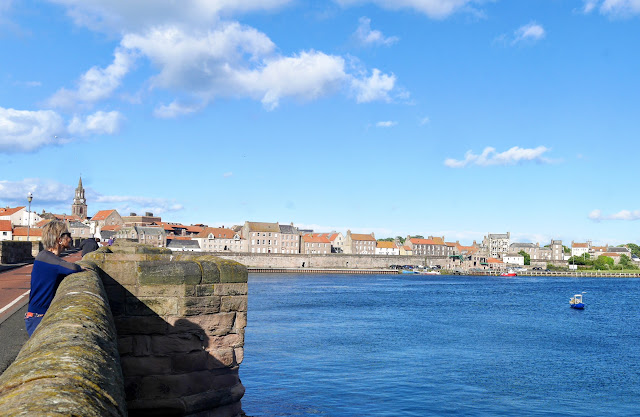 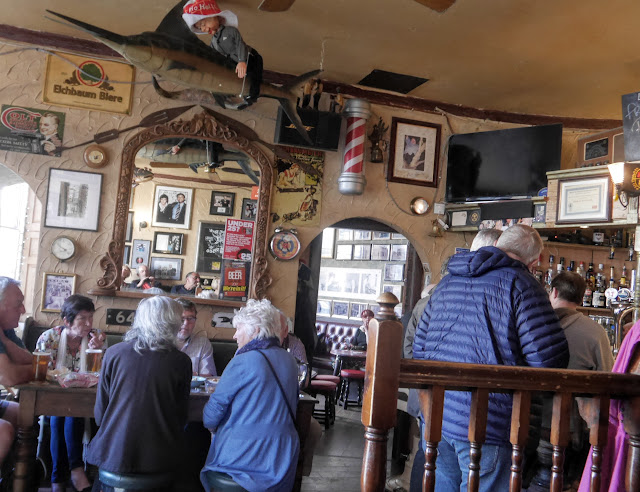 Friends have given me mixed reviews about Berwick upon Tweed but I really liked it. It's an old fortress town and the sturdy Elizabethan walls are very impressive. Best of all we found a really good pub serving great beer and full of decaying hippies. The Barrels Ale House is definitely my sort of place to drink.
Posted by John Hayes at 7:54 PM