Eurovelo 12 Berwick upon Tweed to Warkworth

The best day of trip so far, without a doubt; best scenery and best weather.

The Northumberland coastline is famous but it's the first time I've visited it so it was a genuine voyage of discovery. The thing that surprised me most were the castles, three huge ones within a space of 50 miles, all spendidly located. 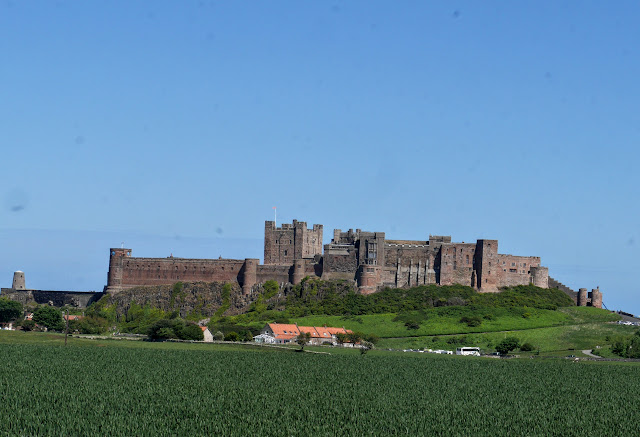 The first one, Bamburgh I thought was the best. We didn't get to see it from the beach, which is apparently the best view, but seeing it for first time from the landward side was just awesome. 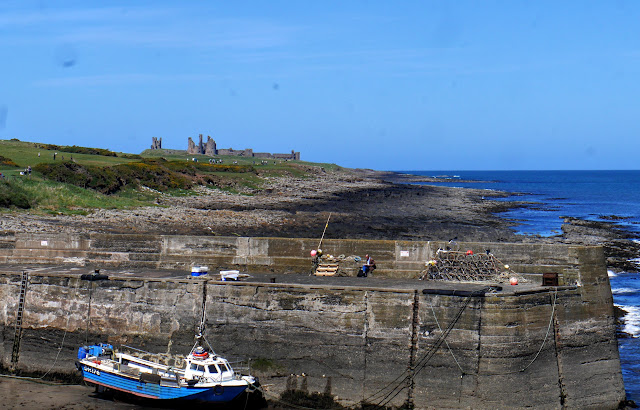 The second one, Dunstanburgh, was a ruin (Bamburgh was put back together again by the Victorians) and, in a slightly more lonely location, was Christine's favourite. 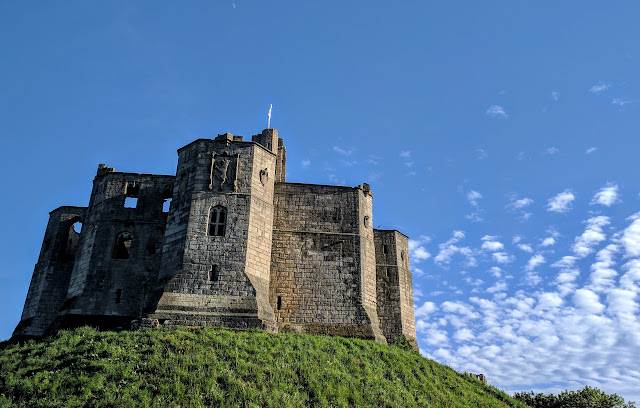 Finally, and right outside our bedroom window, is Warkworth which, positioned on pedestal on a bend in a river, benefits from another stunning if not slightly intimidating location. 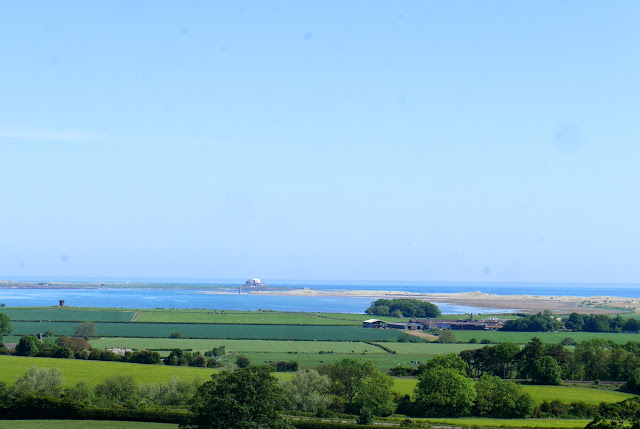 Slightly disappointing for me was Lindisfarne, the famous bastion for Christianity in 6th Century. I think I was hoping for something like Mont St Michel so I had totally overblown expectations. It is by comparison a small place on the end of a sand bar. 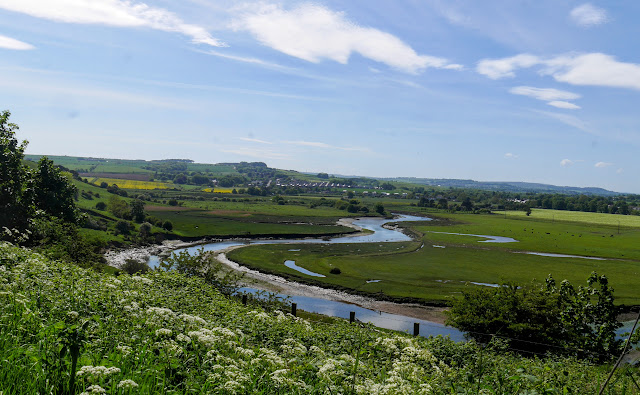 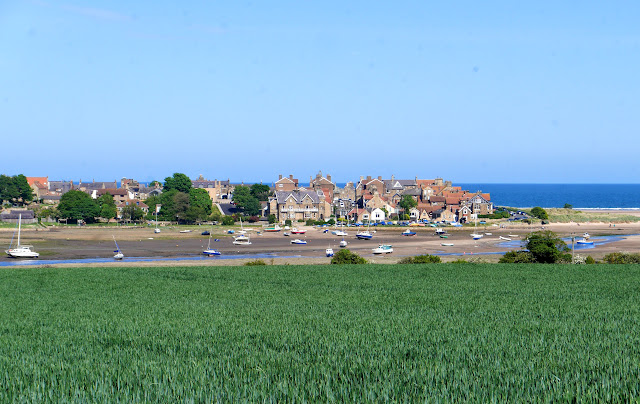 As well as castles, the coastline has a series of nice villages which make for ideal refueling stops. We stopped at Bamburgh, Seahouses, and Crastor, but there were other places as well. Seahouses was packed with half-term holiday makers, many waiting for a boat to visit Lindisfarne while Crastor had the distinct smell of kipper smokers. Alnmouth was too close to our destination to stop but looked great, located between the coast and the River Aln that was bending its way into the sea. 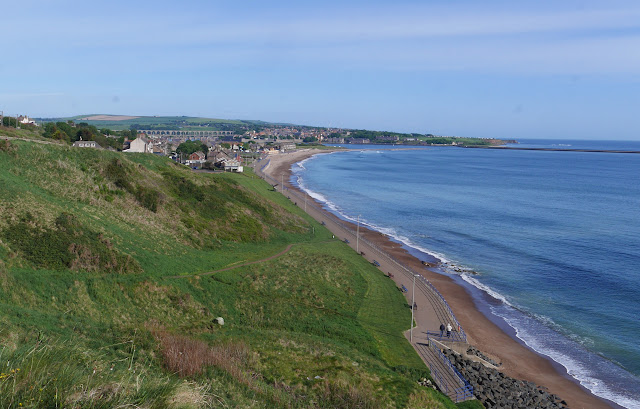 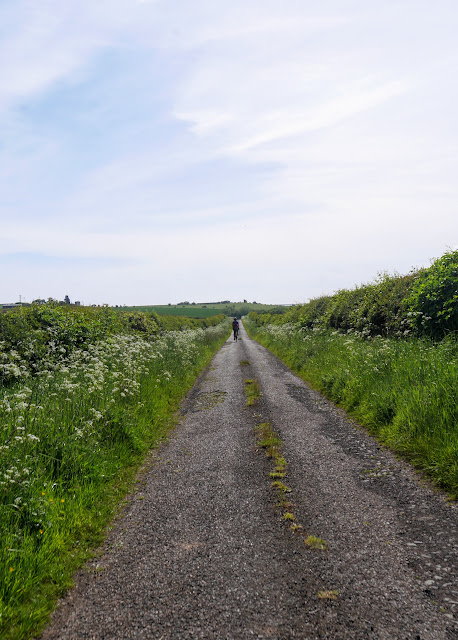 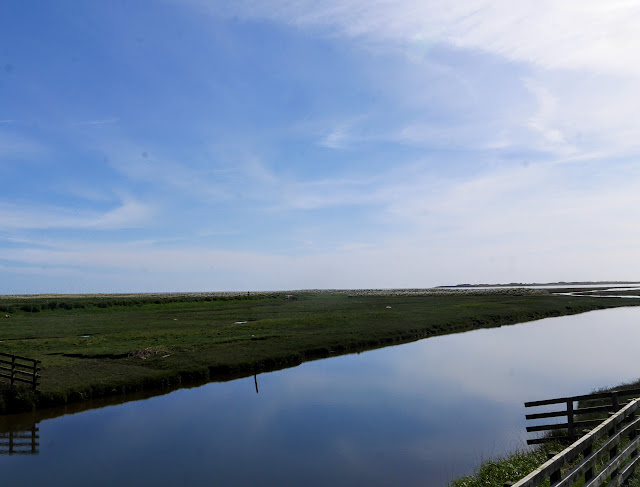 The route itself comprised a wide variety of surfaces including some cliff top path stretches which were particularly slow. Well worth doing but the extra time needed should be included in any plan. 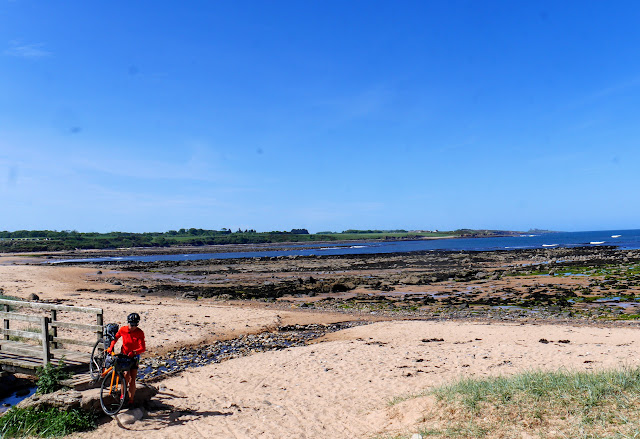 Cycling coastal routes can be a bit frustrating, quite often you just don't get access to coast, and walking would be better. Although walking this coast line would be great, cycling it definitely worked as well.
Posted by John Hayes at 7:44 PM