There are all sorts of people heading to Santiago and I'm hoping most of them are not religious.  My attitude to the Catholic church is in the late Christopher Hitchens school and I have little or no empathy with a proper pilgrim. 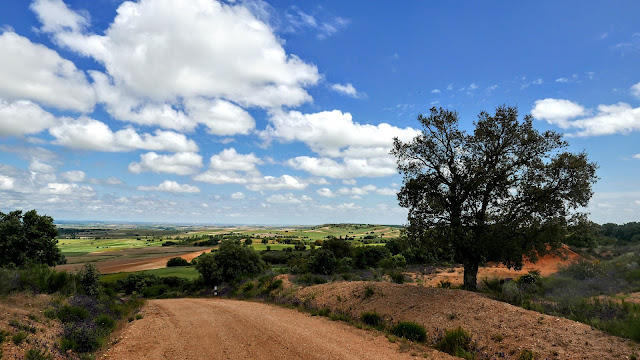 I met my first proper pilgrim in a bar in Calzada de Valdinciel.  There were two customers, the pilgrim and me. He carried an enormous back breaking bag and a long wooden pole. In the corner was a television which was showing mass and a lot of nuns were singing. The pilgrim was videoing the television and the service on his camera.  It felt weird particularly as all around the room were posters featuring what could only be described as soft porn. Eventually a commercial break broke the magic, he turned off his camera, pulled on his bag and left with the statutory “buen camino” - dragging me, I felt, into his world of pilgrimage. 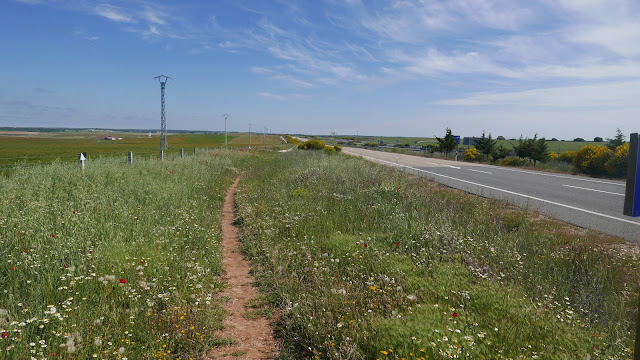 I was 15 km north of Salamanca and I'd hardly been off-road. The route took me out the village and towards the motorway. Alongside the motorway was the gravel road and next to that the N630, the road I had cycled last year with Christine. Remembering the man in the bar I suddenly associated the gravel road with pilgrims. Somehow that pilgrim, his video camera and his “buen camino” sent me on a joyful blast down what I think could be the best cycling superhighway there is, the N630. The pilgrim had turned me from the gravel to tarmac. 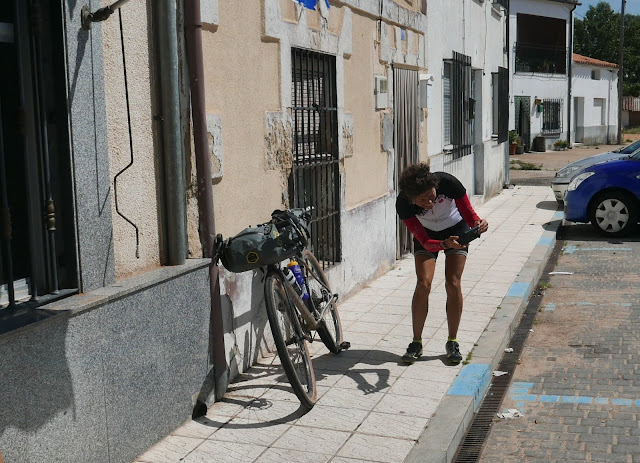 15 kms later I stopped at El Cubo de Tierra del Vino for another cup of coffee and a bite to eat. There were four cyclists already there, two Dutch women with electric bikes and a Portuguese couple on mountain bikes. The Portuguese were thrilled to see my bike which really does turn heads. After lots of questions the woman asked if I minded if she took a picture. Minded, I was thrilled, so I took a picture of her, taking a picture of my bike. Reassured again that all sorts of people are heading to Santiago her “buen camino” suddenly felt OK. 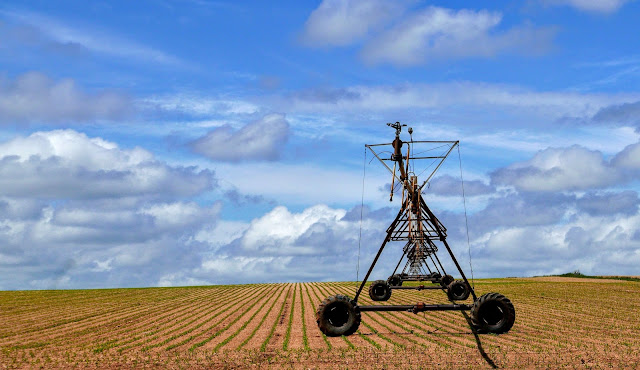 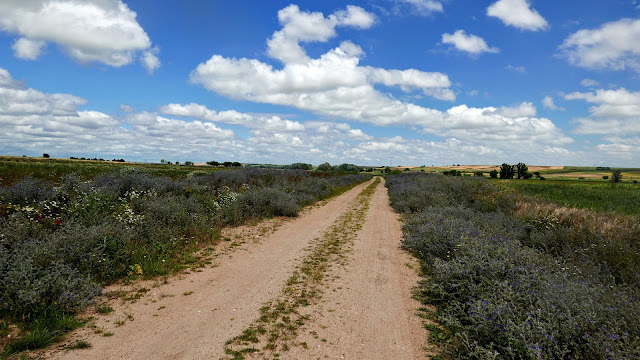 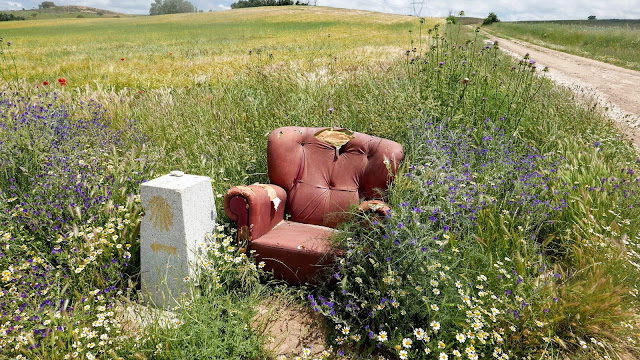 After El Cubo de Tierra, I rejoined the gravel. The route had improved and no longer in the shadow of the motorway it dived into countryside.  Assisted by a steady descent and a tailwind, I covered the last 30 kms of a 67 km ride in no time. It was lovely riding through a countryside has changed decisively.  The dehesa may have gone, it's now wide open with huge vistas and, although I'm traveling at between six and eight hundred metres in altitude, it's fairly flat.


In Zamora I'm being looked after by the Ruta Vía de la Plata Association and I'm staying in the wonderful Parador. I spent the late afternoon fiddling with my back tyre, it's still not holding its pressure. I'll make a decision on what to do in the morning. 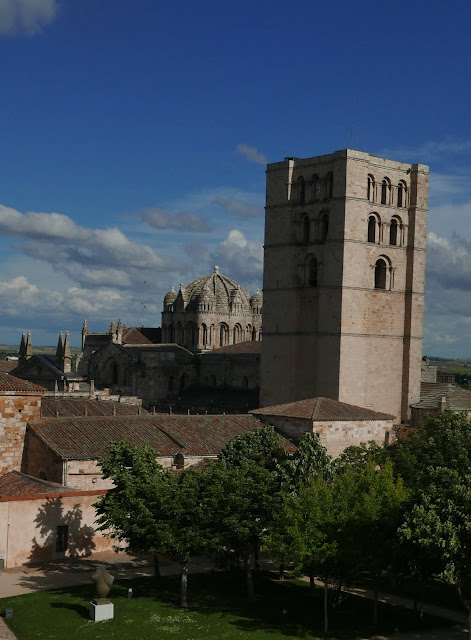 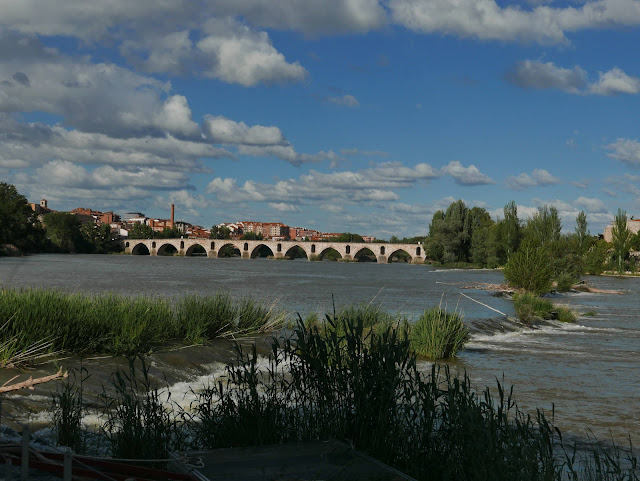 I had a guided tour of the town in the evening and to be honest it's even better on a second visit (I came here last year). Estrella was able to explain why Zamora has more Romanesque churches than anywhere else and that made them even more interesting. She also took me round some of the newer buildings (early 20th century) explaining how Guadi’s Barcelona colleagues were tempted by its newly rich to build in the city.


Tomorrow I leave the Ruta Vía de la Plata and held northwest along the Camino Sanabrés to Santiago del Compostela. The interesting towns are fewer and further apart and it feels I'm heading into the unknown.