In terms of the overall trip, the big news is that I'm no longer heading north on the Ruta Vía de la Plata, I’ve left that route and I'm on the way to Santiago del Compostela along the Camino Sanabrés. The plan for the guide is to provide two options, the first one based on the Ruta Vía de la Plata Association's route going north to Gijon and the second providing a pilgrim’s route heading northwest to Santiago del Compostela. As with the Ruta Vía de la Plata I want an off-road and a road version so I'm heading up on the off-road Camino and coming back along the N525. There's a new motorway so I'm hoping it will be as empty as the N630. It's about a 700 km round trip and after traveling 40 km north of Zamora to Granja de Moreruela I went 27 km along the Camino Sanabrés to Tãbara. So far so good. 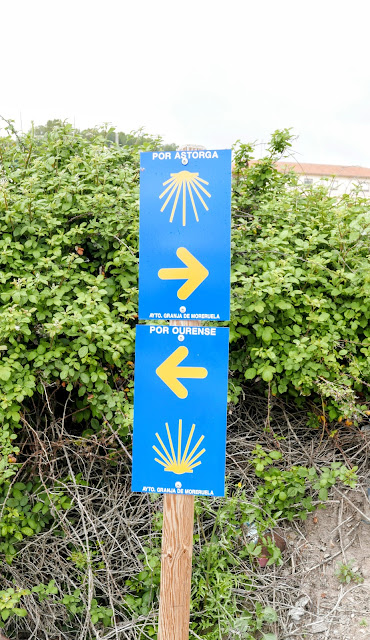 Granja de Moreruela frankly was a disappointment. The place is a major camino junction, somewhere where thousands have carried straight on or hung a left. It was a dump, but I did manage to find a bar that made me a enormous bocadillo.


Despite the weather being poor and the route pretty average I enjoyed today. I was getting concerned about my tyre but I’ve now decided that I just need to keep the pressure up and nurse it along. I feel like a second world war pilot running low on fuel and trying to get home. I've just got a 1,000 kms to go.


It's not the end of world either when you get a dodgy stretch of route. The purpose of this trip is to find out which off-road bits work and which don't so I can include that information in the guide. Heading north out of Zamora the original Camino has been badly affected by the new motorway and to a lesser extent by the new railway line. In places, like some East End gangster, it's been buried beneath motorway concrete. No need to mess about with the gravel, being transferred from one side of the new motorway to the other, just get on the empty N630 and head north. 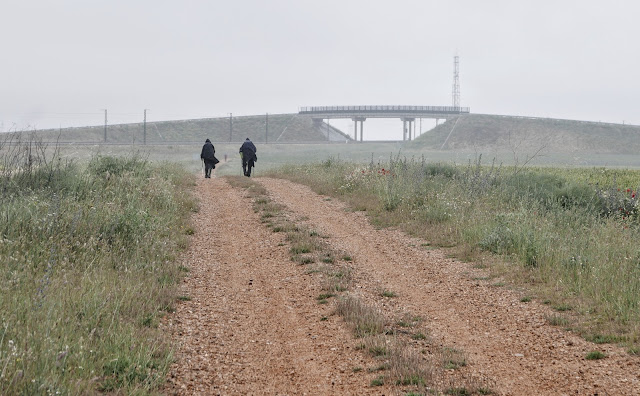 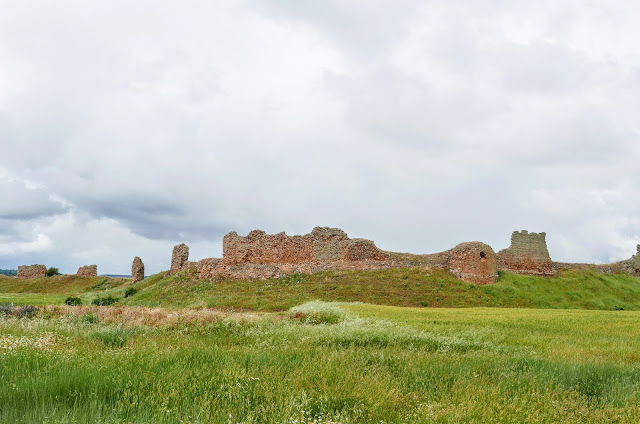 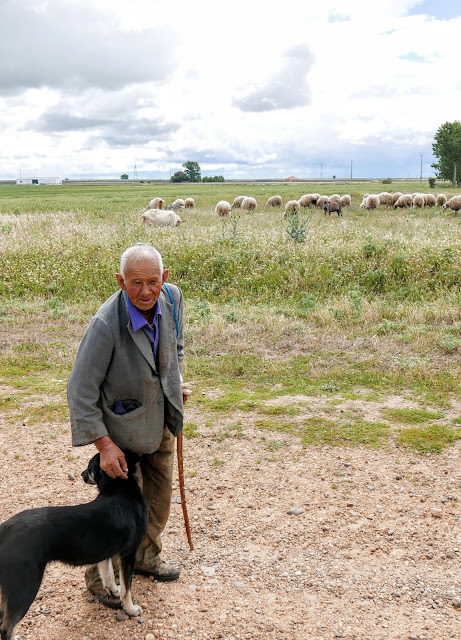 Of course if you're in N630 you know what your in for, a long straight road and fast cycling. Apart from occasionally superb roadside cafes you don't really get the unexpected. Today the pilgrims in the mist presented a good image, the ruined castle or even village was not marked on the map and although neither of us could understand each other it was nice to spend a few moments with an ancient shepherd and his dogs. 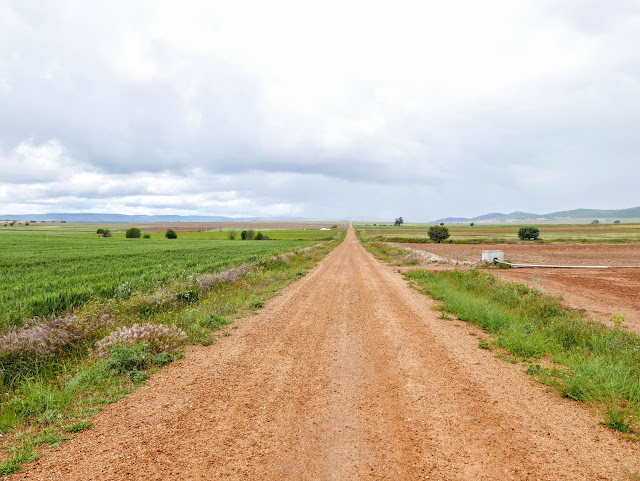 The weather is a bit more of a conundrum. Today showers whipped across what is a huge empty landscape and currently, early evening, we're having a storm. Tomorrow promises to be wet as well. What's more interesting is the reaction of the Spanish who are now desperate for sunshine. For me the weather has been good for the last couple of weeks, a little cloudy, not too hot and with clear light. They see the lack of heat as firm evidence that the climate has changed and is a harbinger of disaster. I just feel lucky that everything has been green and that flowers are still out.


Where to stop tomorrow is also a conundrum. I haven't booked anywhere and compared to what I'm used to, hotels are thin on the ground. I'd like to make it to Puebla de Sanabria which has lots of hotels but is 90 kms away. If the going is rubbish that could be a tall order. Today, mainly on gravel, I was doing 14 kms an hour. There is a place with a hotel about 65 kms away but that would mean not staying next day a Puebla de Sanabria and would build in a problem for the day after. 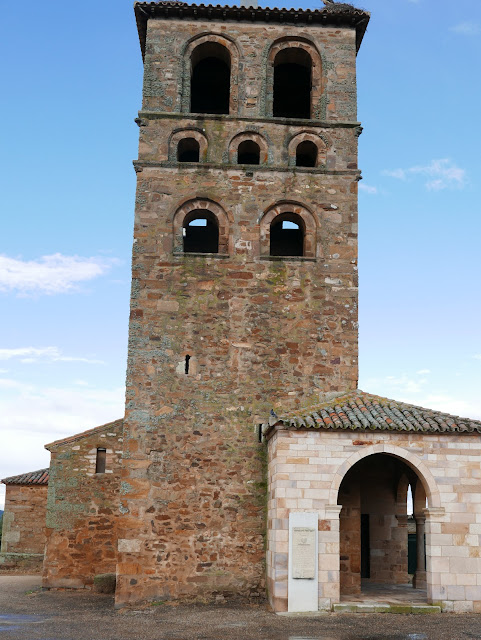 Tábara, by the way, is a small town with a limited number of shops and a huge Romanesque church. Pilgrims are probably the main business for the Hotel el Roble and after enjoying the biggest room of my trip so far last night in Zamora, tonight I'm confined to the smallest.