Today was not good.


I had hoped to get to Laza which is about 90 km from Puebla Sanabria but only managed 55 km and ended up in A Gudiña. Things didn't go well.


So what went wrong? 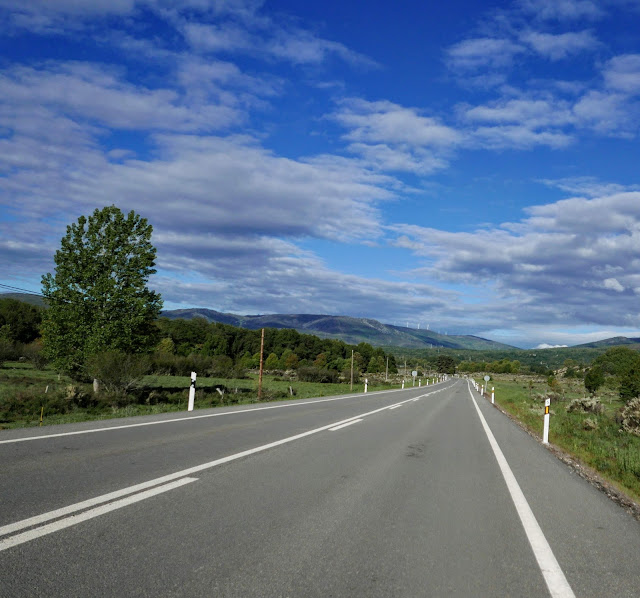 Two things really, the route was harder than I expected and I'm rubbish at bike maintenance.


Perhaps I should have spotted that I was in the most mountainous stretch of the Camino Sanabrés before planning a 90 km stretch.  The first 45 kms involved three big passes. 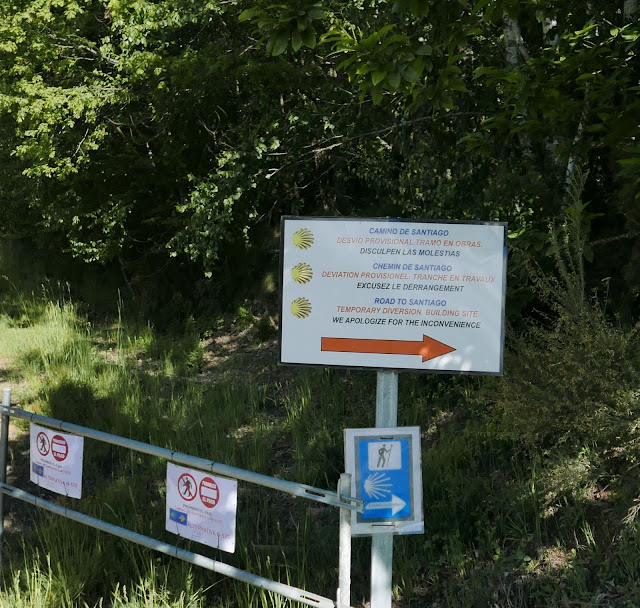 Having said that I was lucky with the first one as the Camino was closed. Because of tunneling works and construction traffic everyone was being diverted onto the N525. The Camino was reinstated just before the pass so I completed most of the climb on a nicely graded road. 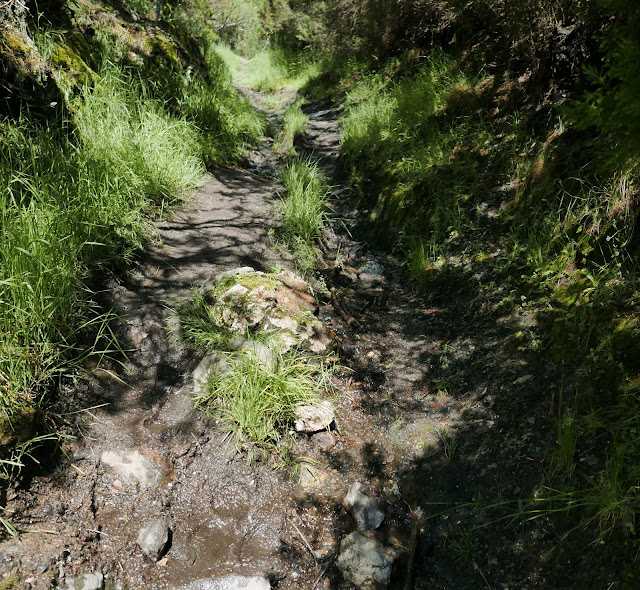 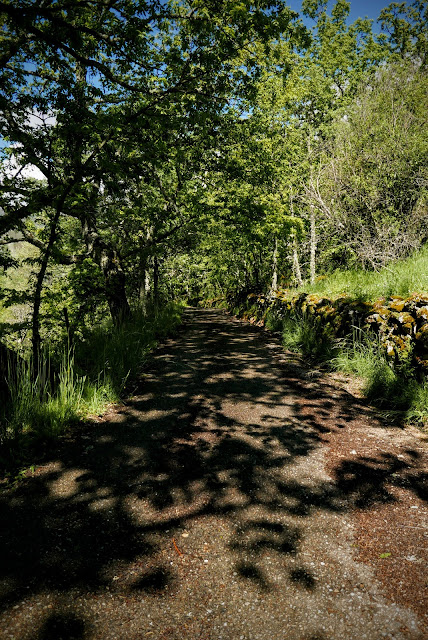 On the other side of the pass the route was again closed and I followed a fast bendy road (not the N525) down to Lubian. There, following the yellow signs that indicate a bike trail, I joined the Camino again.  The route was dreadful, although the wet conditions probably made it worse. I think you’d have to be a hard core mountain biker to get a bike up a wet stoney 300m pass and inevitably I pushed it most of the way.


Having managed the descent on the other side I followed a fairly level path but one which was muddy and uneven. There were frequent stops and places where I had to lift the bike over an obstacle. I was not going particularly fast but fell off and the derailleur hit the ground and snapped the derailleur hanger. I had a spare but had never had to fit it in anger, never mind miles from anywhere on a muddy trail.


This is where my bike maintenance skills failed.


I know now I made a mistake turning my bike upside down to do the work. Iain, from Cranks in Brighton, told me to try and find a place to hang it from, the branch from a tree for example. The consequence of turning it upside down is that I got my my chain in a  mess. I didn't know this could happen let along the extent to which it could get tangled up with itself and the frame. It ended up like one those impossible three dimensional puzzles. I don't carry a pair of chain pliers so couldn't undo it so just kept fiddling hoping that one of my fiddles would resolve the problem. Eventually it did but it was just over two hours from when the derailleur hanger snapped to when I got going again.


I cut my losses and got back on the road thinking I would just bash onto Laza.  The clouds however looked menacing, I was feeling fed up, so at A Gudiña I stopped in one of town’s 4 hotels, which, like the others was cheap and cheerful.


I've learnt two things today, how not to replace a derailleur hanger and not to expect as much from the Camino Sanabrés as the Ruta Vía de la Plata in terms of off-road cycling.


Not many pictures I'm afraid, I couldn't bring myself to talk a picture of the tangled chain
Posted by John Hayes at 4:12 PM