Today I've spent a lot of time on the N525. 'N’ roads historically were the national highways before the relatively recent construction of the Spanish motorway network. There are a bit like 'A’ roads in the UK. 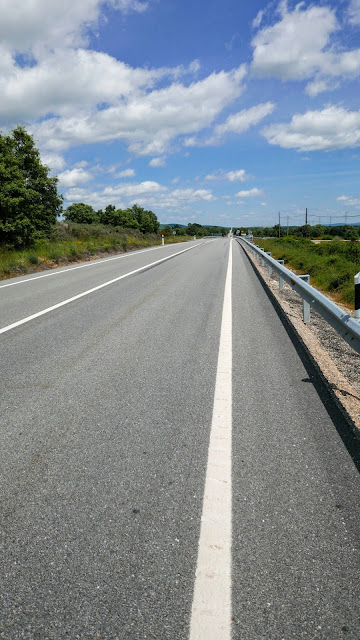 In terms of the guide I'm going to be writing for Cicerone, the N525 and N630 are on-road alternatives for anyone who doesn't want to go off-road, wants to road bike, and provides an alternative for off-roaders who want to avoid particularly difficult off-road stretches.


I was worried that the N525 would be busier and not provide the wonderful empty road cycling experience of the N630. It is a bit busier but that's entirely down to the vehicles taking stuff to and from the new railway line. Typically you see a vehicle about every kilometer, half of them are construction vehicles and, because there's no other traffic on the road, they’re happy to give you a wide berth. Once the train line has been built the N525 will be as empty as the N630. 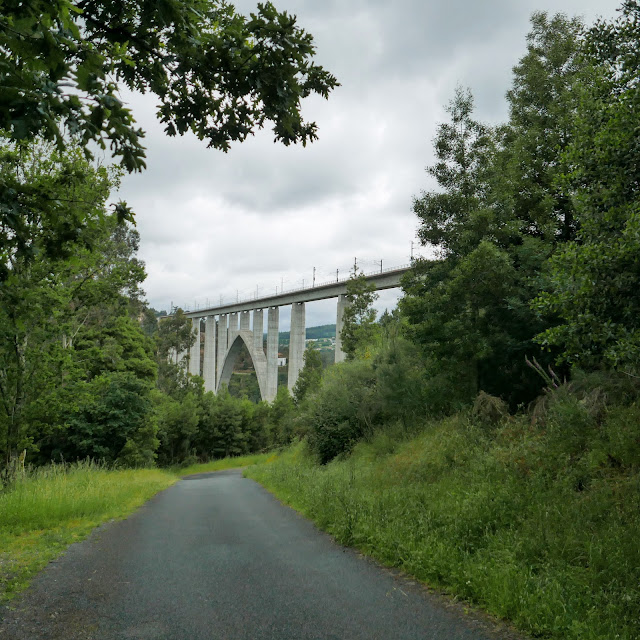 It's interesting to see how the modern infrastructure follows the route of the ancient roads. Crossing a river via the original Roman or medieval bridge, the chances are you'll have above you a bridge carrying the N road and, usually more dramatic, another one carrying the new motorway (thankfully complete) and not far away one being built for the TGV.


Today's ride was tougher than I was expecting, I know I only came through here a few days ago but somehow I only remembered crossing one pass when in fact I crossed two. It was nothing like as tough as yesterday but in the heat I was running low on energy by the time I finished. 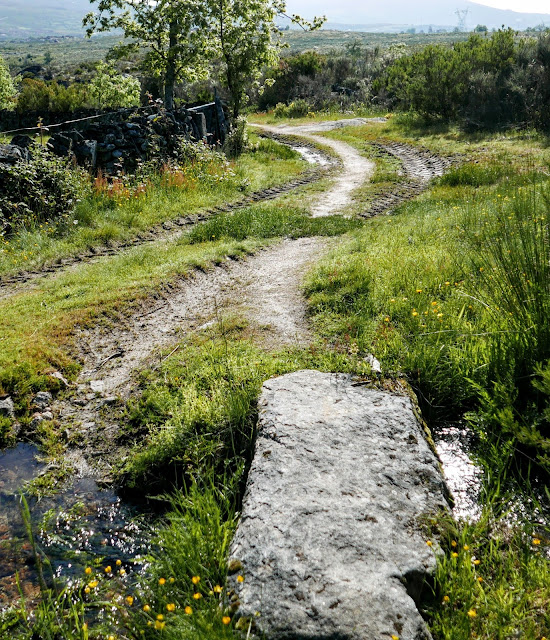 I did the the two off-road sections I missed last week.  The first was near where I broke my derailleur hanger and I was able to confirm that it's a horrible stretch of cycling whereas the second was easy but boring. I think there's about 150km where staying on the N525 looks like the best option. 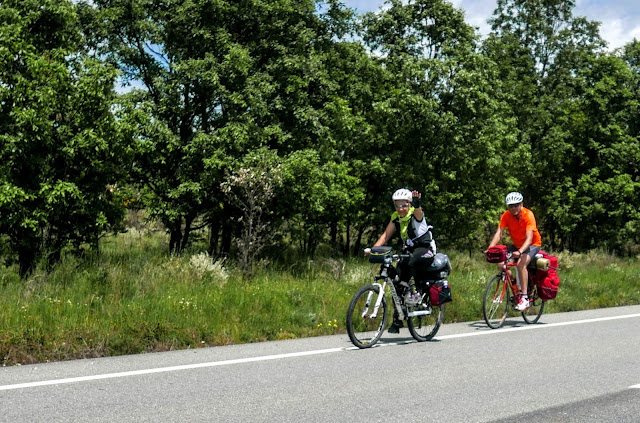 Probably because I'm traveling in the opposite direction to everyone else I'm seeing lots more cyclists. Mainly Spanish and mainly staying on road. 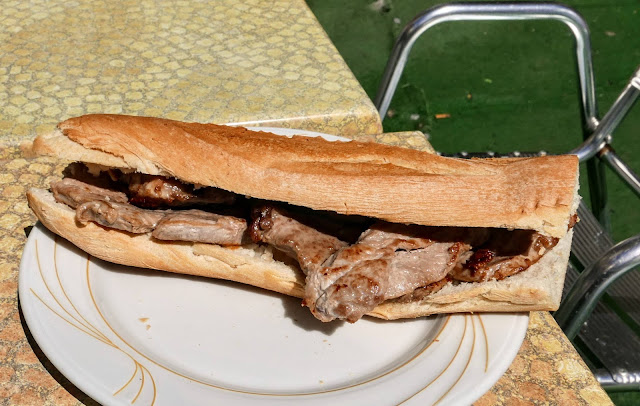 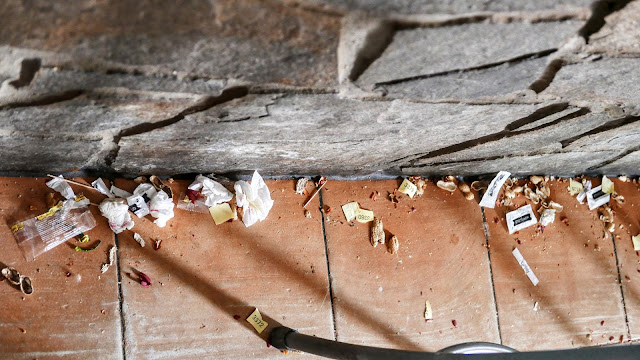 On the food front I'm pleased to report that the my largest ever bocadillo record, set only three days ago, has been smashed. The only filling I recognised when the woman ran through the options was “lomo” and I ended up with half a pig in my sandwich. As well as record breaking bocadillos, the other feature of the bar was that the ancient Spanish tradition of throwing everything on the floor, which I think is generally dying out, hung on there. Long may it continue. 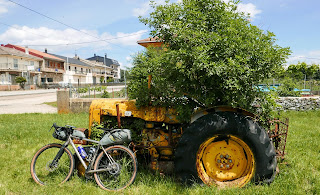 Finally, short of things of genuine interest, I include a picture of a tractor being consumed by a tree.
Posted by John Hayes at 7:48 AM