Arriving early at the lovely Parador at Benavente is a treat. Bite to eat after the cycle ride, proper siesta in a room with a lovely balcony and great views, I have nothing to complain about. 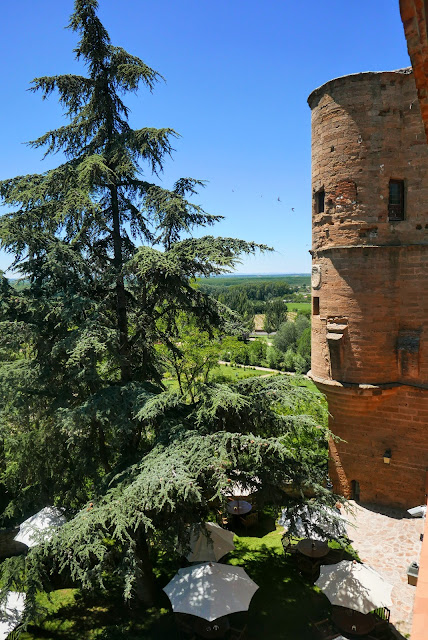 Although today's cycle ride was a little short, it was interesting with a lot to think about in terms of the guide. 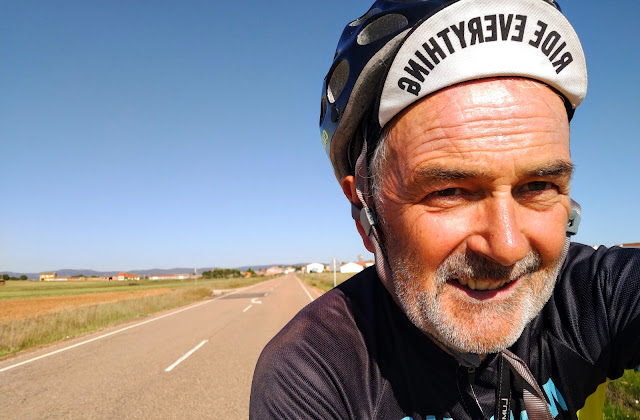 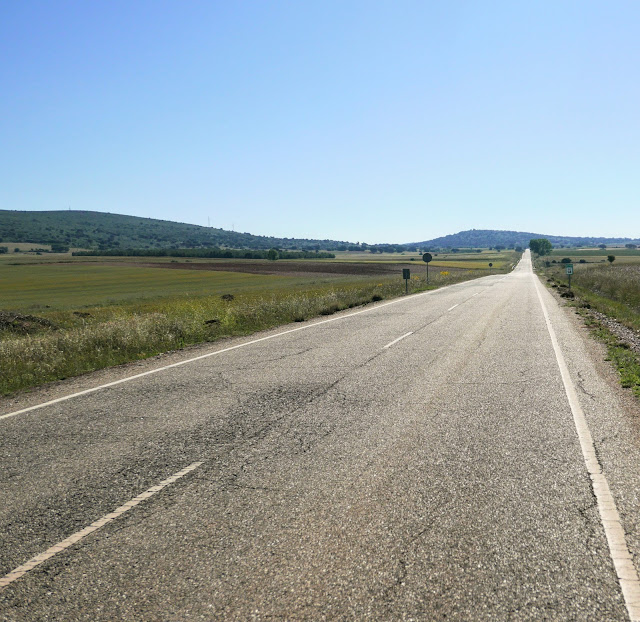 
I told him I had seen people taking short cuts, even where it involved road walking, and asked him if that was normal. He said it was and he did it himself particularly where the route looked a bit long-winded. It seems to be more about getting there than following a precise route. 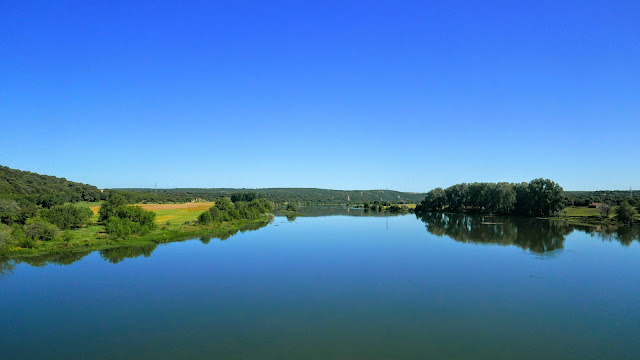 The question of shortcuts and the significance or otherwise of following the original Camino is particularly interesting when it comes to cycling and this was illustrated today. 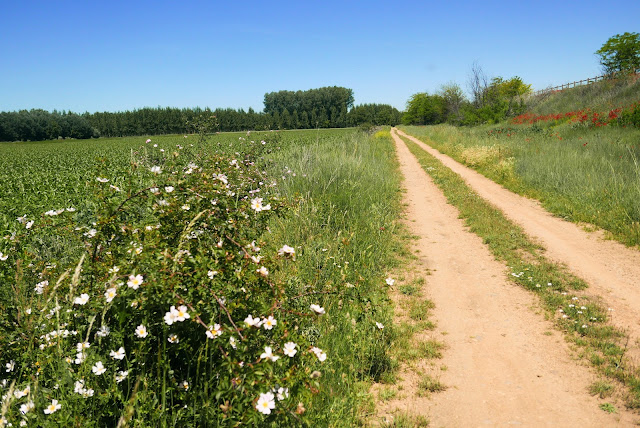 On the first stretch, from Tábara to Granja de Moreruela, the advice is not to follow the Camino and an alternative gravel track has been waymarked. It's ok but doesn't really offer anything special, whereas the road is totally empty and more direct. Why not follow the road route?


On the second stretch the Camino tracks the N630 as it heads north. Sometimes it's about 100m from the road, sometimes it's about five. Here the choice is between a gravel or dirt route and tarmac. If I was walking I'd get off the road, tarmac is hard on the feet, but on a bike the tarmac looked inviting. 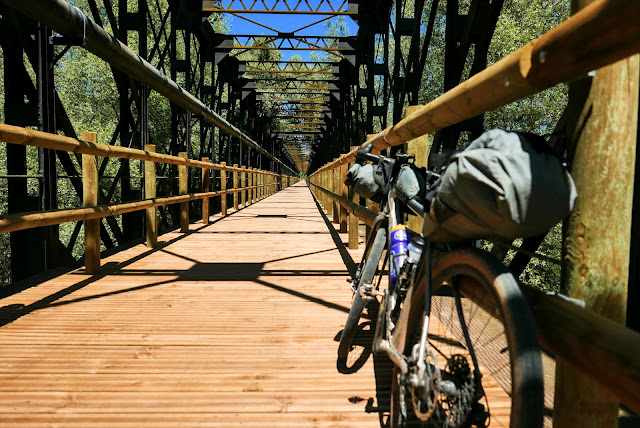 For the final stretch, into Benavente itself, the route is being totally modified. The original route went north before turning west over a Roman bridge and into town. The new route makes use of an old railway line and uses a stunning railway bridge, instead of the Roman bridge, to cross the river.  What this demonstrates is that there is nothing particularly sacrosanct about the route and when there's an opportunity to improve it, it gets taken. 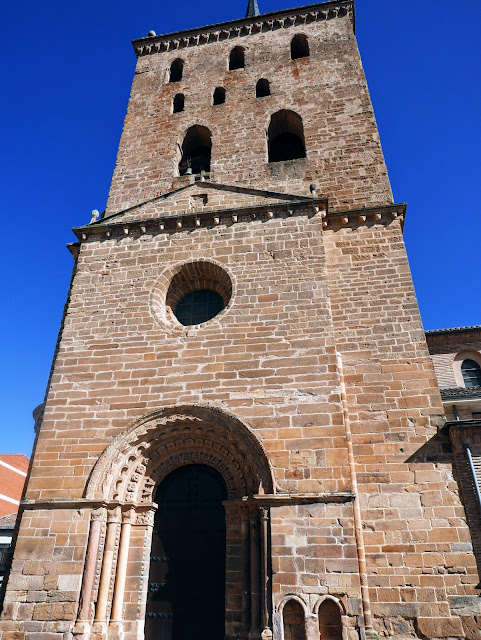 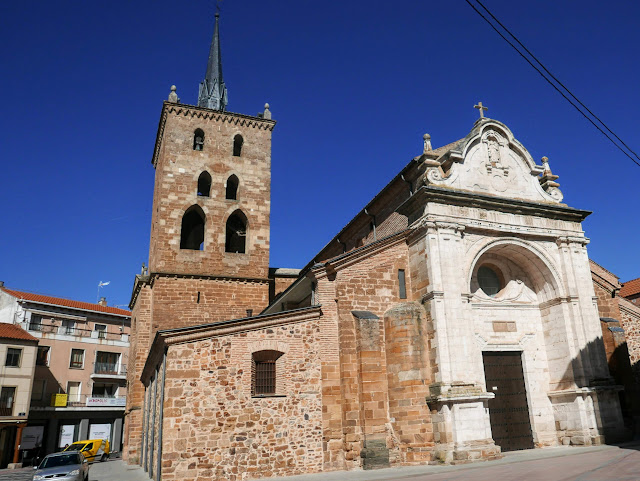 Benavente is a lovely place with enough to see in a relaxed pre-dinner walk. I visited the two big Romanesque churches, the Hospital de la Piedad, a former pilgrims hospital, and the modernist building housing the town's library. The term modernist is used to describe something akin to 'arts and craft’, although it's distinctly Spanish.