If I was forced to choose between all of the Ruta Via de la Plata's wonderful towns and cities, one place I'd like to return to time after time, than it would be Leon. 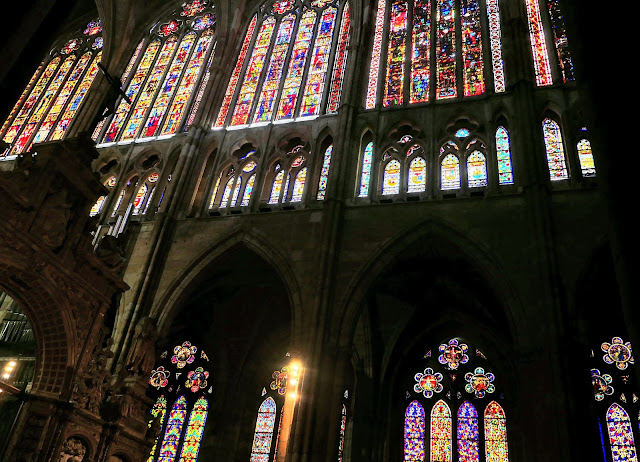 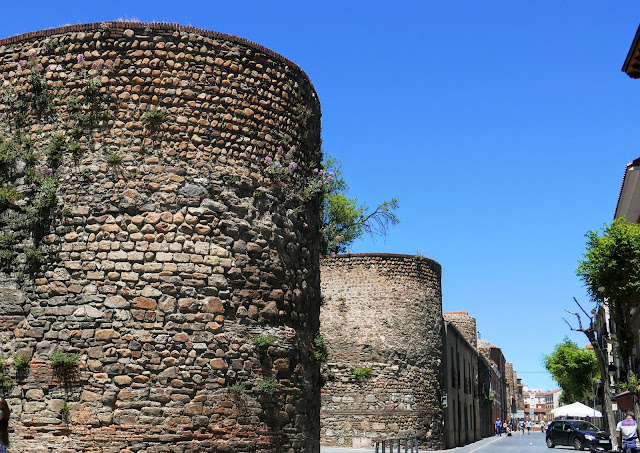 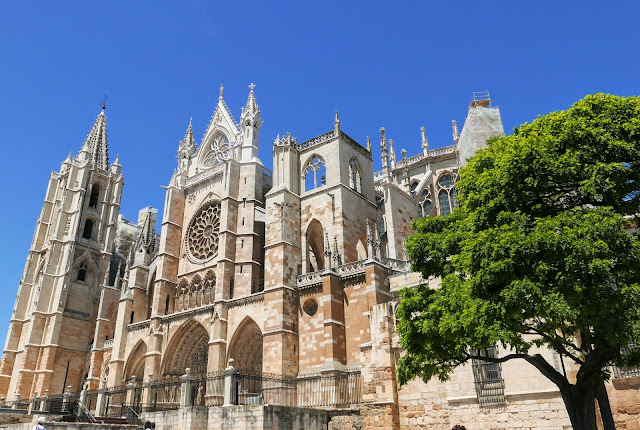 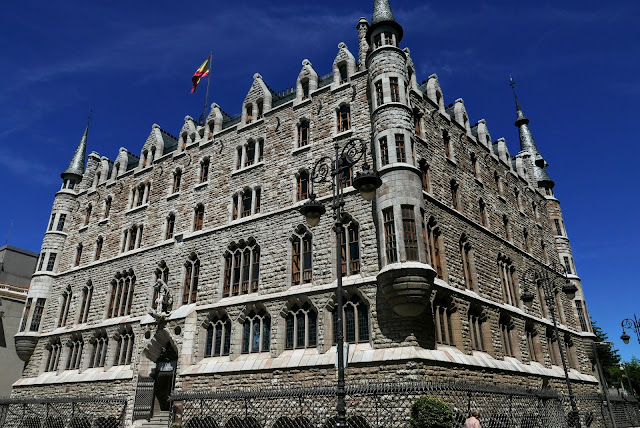 At the top of it’s list of attractions is the cathedral, a Gothic masterpiece second only, perhaps to Chartres. On a sunny day it's like walking into a kaleidoscope, a multi-coloured greenhouse whose exterior gives no clue to what's inside.  While the cathedral warrants a trip in its own right, it's merely the main course. Consuming the whole meal includes: Spain's largest in situ display of the Romanesque murals; one of Gaudí’s most important buildings outside Barcelona; Roman walls (forty towers still in existence) casually integrated into the fabric of the city; a more delicate and totally separate Muslim city wall; and yes, if you believe in such things, the Holy Grail.  All of this in a city that seems to work, where the locals outnumber the tourists and where the tapas bars are dominated by regular customers. 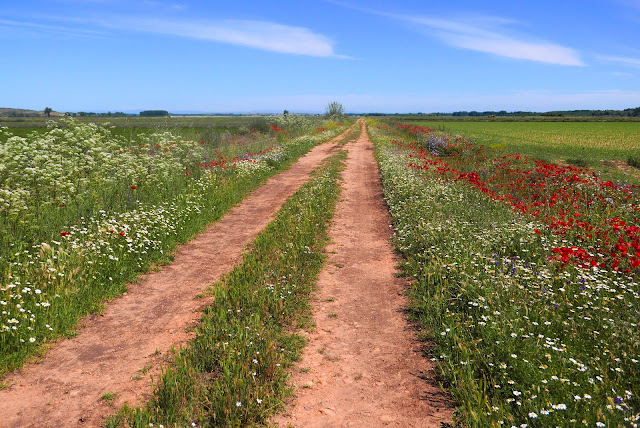 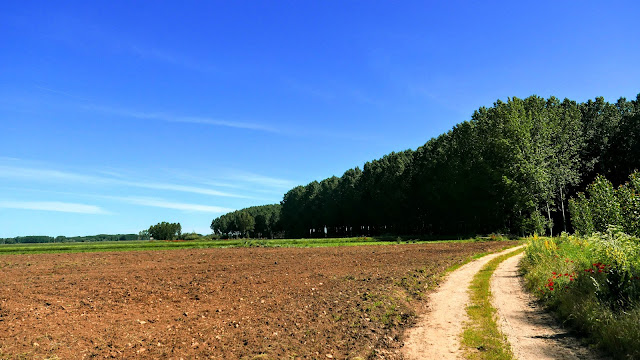 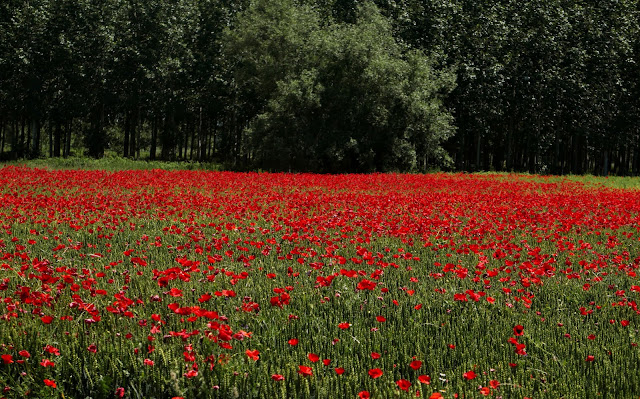 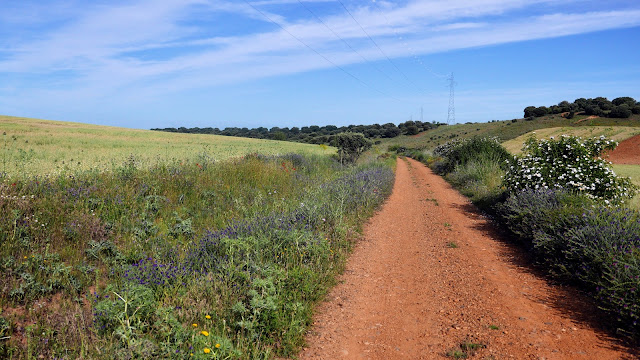 Yesterday's cycle ride from Benavente was good if not epic.  It was 104 km long, involved every type of surface but was essentially flat. Without a noticeable hill to climb, the trip through a rich arable landscape, was never stressful, never beautiful but always interesting.  A farmer's son I notice tractors and despite what looks like productive land, tractors featured on the way from Benavente were old. Yesterday my distinctly tuned nostalgia was triggered in an unexpected way. Cycling past a bar in a village I recognised the smell of a tractor, the distinct smell of a Massey Ferguson, circa 1966, built in Coventry with a Perkins engine from Peterborough. 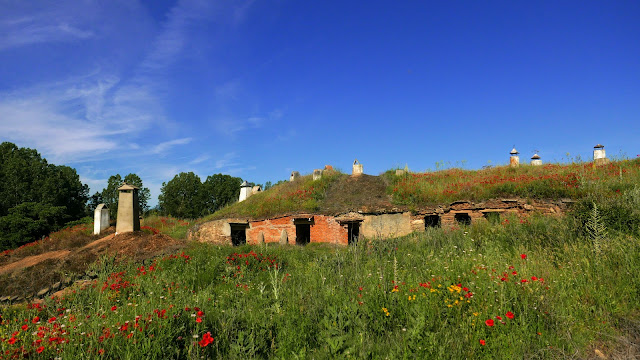 Last year I speculated what the structures built into the sandy ridges were for. Prolific they consisted of door and, some distance behind, a chimney. Rejecting my initial theory that they were hobbit houses, I assumed they were something to do with brick making - the buildings locally are made of soft baked bricks. They are in fact local wineries and there are hundreds, if not thousands of them in the area south of Leon. 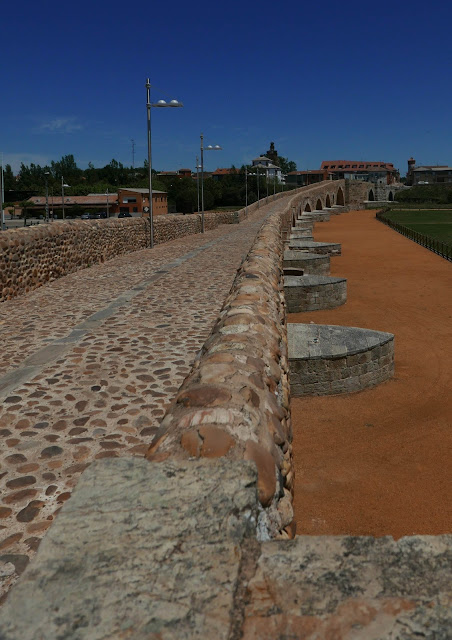 At Puente de Ôrbigo the route turns east, crosses an ancient bridge and confronts the steady stream of pilgrims who have already walked for 30 kms alongside the N120 from Leon. It looks grim work and rather than disturb them I stay off their gravel track and stick to the wide hard shoulder and finish in quicktime what is perhaps the dullest stretch of cycling on the whole Ruta Vía de la Plata.


I have three days cycling left and tomorrow I cross the Cantabrian mountains and drop down into Asturias.