My bike can take big tyres and today I wish I'd got them on, the going was rough, hardly any smooth surfaces, and the 80 kms felt long. It was also very hot and although for once I'm actually applying the lotion, I'm getting burnished. 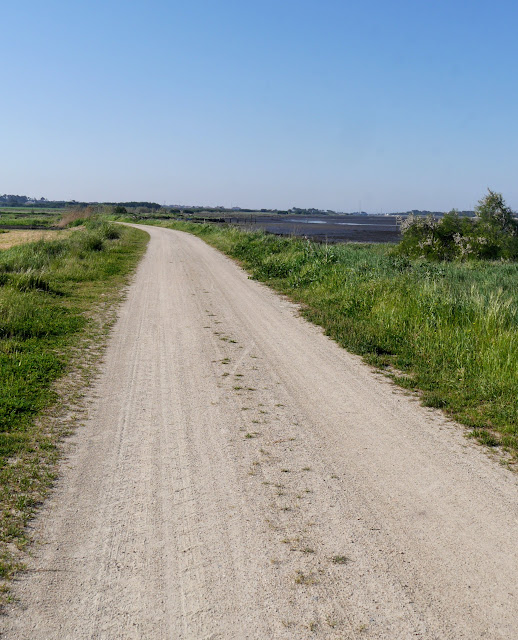 The rough going started as soon as I got back to the route from Aveiro. The gravel path, now following the eastern side of the lagoon I tracked yesterday, was long, straight and relentless. The tide was out and the lagoon had been transformed into a wide expanse of mud and seaweed and locals with buckets were finding something edible. 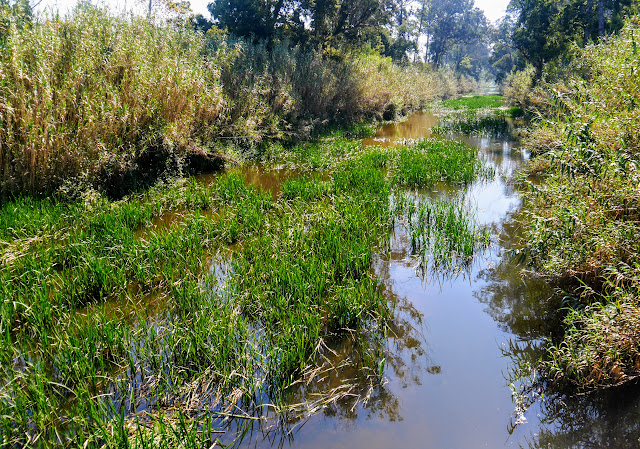 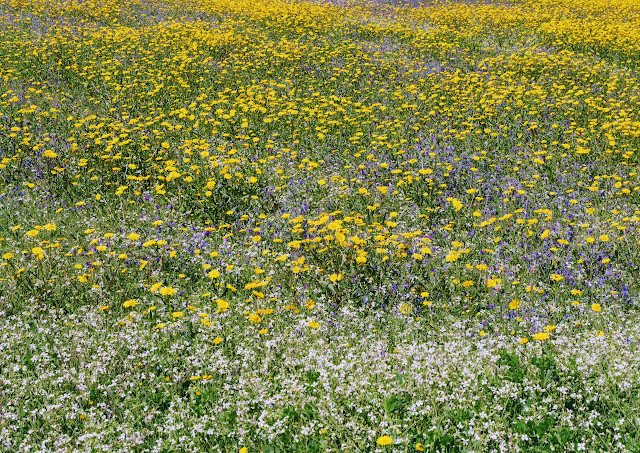 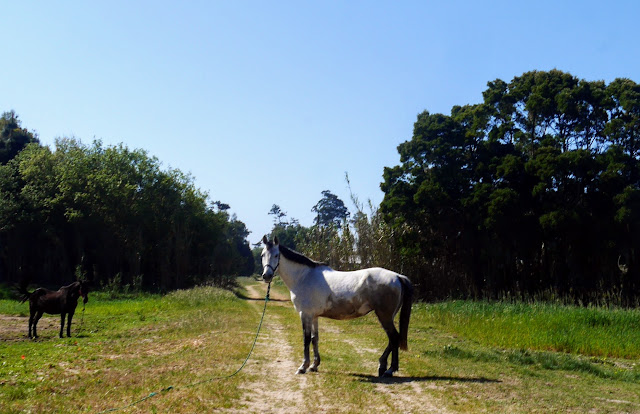 Leaving the lagoon but not the gravel paths, the route then crossed a swampy landscape with overgrown rivers and occasional dense patches of flowers. A horse attached to a rope stood across the road, refused to budge, and remembering which end they kick from, I gave it a wide birth. 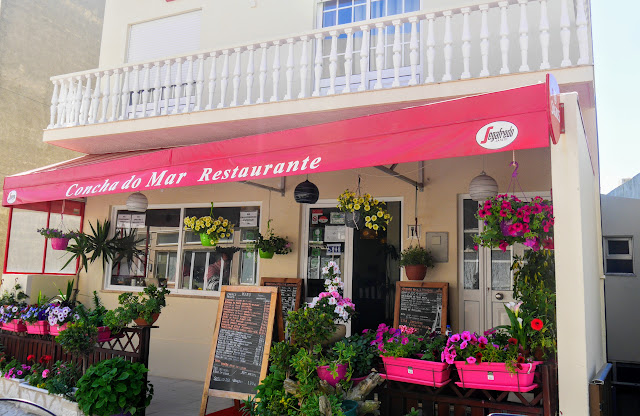 Approaching Praia de Mira I decided to escape the sun and get an early lunch. I found a lovely little fish restaurant just away from the sea front and although at 11-45 it hadn't opened, managed to persuade the owner to serve me. He was a lovely man but didn't speak a word of English. I really fancied grilled sardines and despite pointing to them on the menu was served with an enormous plateful of baby squid and chips. They were lovely and by the time I'd finished them the restaurant was heaving and packed with locals. 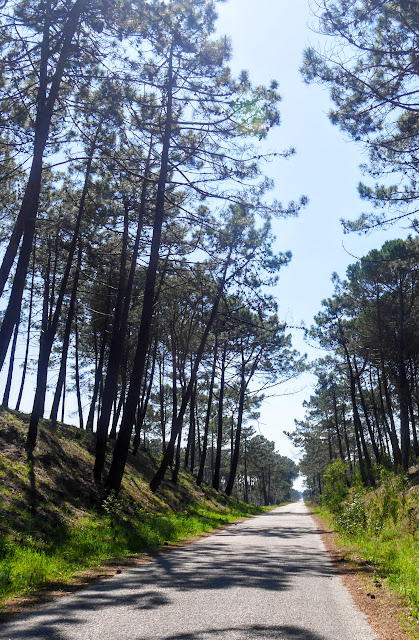 Overfull I then rejoined the trail heading south following an almost perfectly straight road through trees. The surface was terrible much of it consisting a broken tarmacadem, a route which had once had a nice surface but had subsequently been abandoned. It was much worse than the morning's gravel.

After 25 kms of torture the route returned the coast and the little resort of Praia de Quiaios. The resort was full of soldiers, armed to teeth and with rolls of barbed wire across the road. It looked like they were practicing for a military coup. I kept moving, didn't take any pictures and they let me through. 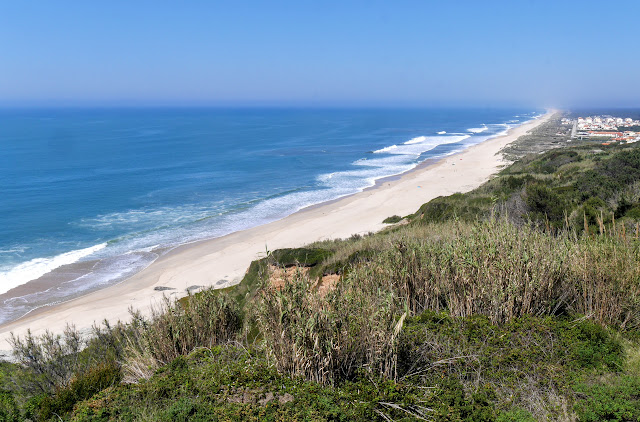 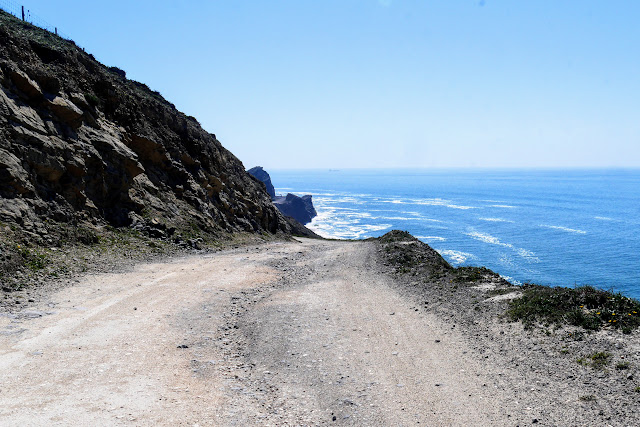 After getting used to cycling on the flat I was then confronted with a hill, a massive quarry and more rough surfaces. I thought Eurovelos were supposed to be easy but this 200m climb was tough given that I was loaded with baby squid. The views from the top and a wonderful curving descent on a rare bit of smooth surface were, however, a reasonable recompense.

Figueira da Foz, it turns out, is a big and, on first impressions, soulless​ resort. It's the weekend, probably the start of the Easter school holidays, and compared to the rest of the coast, the town feels busy.
Posted by John Hayes at 7:43 PM