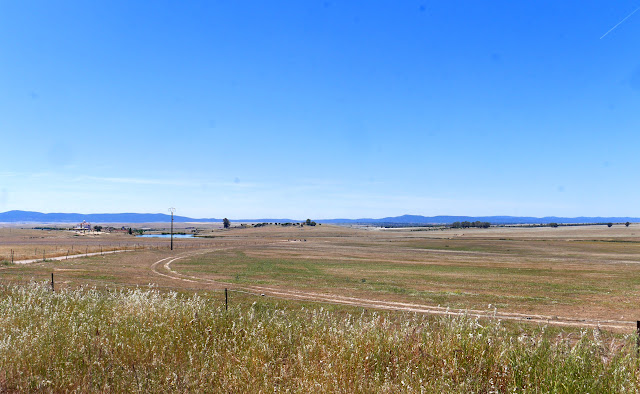 So we're staying in an agriturismo just west of the small village of Casar de Càceres. The only problem is that somehow, when booking the accommodation I managed to get my Casar de Càceres mixed up with my Càceres. Instead of staying in a large town full of castles and other antiquities and, according to Christine, the best gastronomy in all of Spain, we are 10kms further along the route in the middle of field.

As you might expect that last 10kms of what turned out to be a hot 87km ride were the longest, and if looks could kill I wouldn't have made it. Despite the fact that I had navigated our way through a very busy Càceres without a hitch, there was no getting away from it, I had cocked up and missing the historic old town was a disappointment. 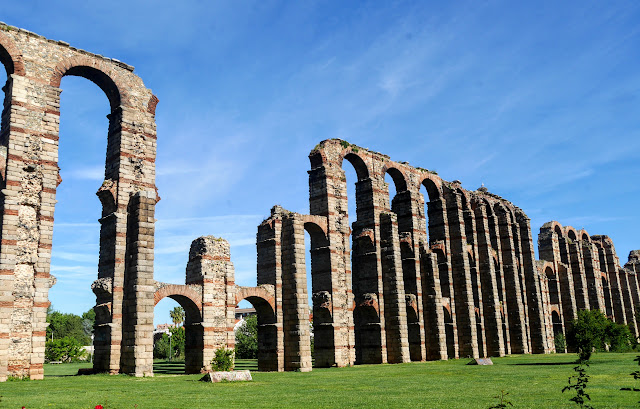 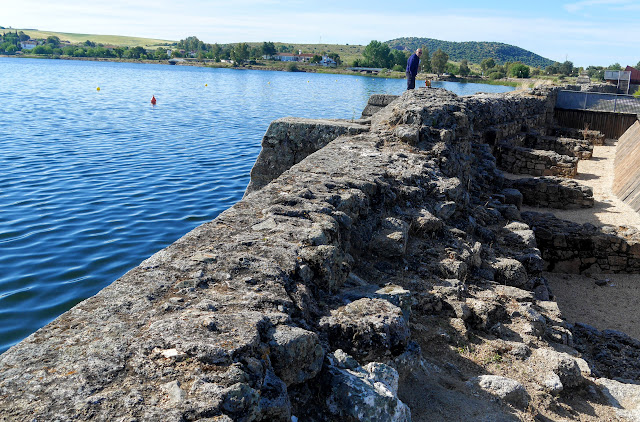 After yesterday's discussion about gravel, today we adopted the Roman approach to cycling and took the most direct route between A and B (or C as it turned out to be). This meant ditching some long stretches of what looked like gravel and missing the visit to Alcuéscar. We did however visit the reservoir at Proserpina where a magnificent old stone dam built by Romans still holds the water in place. 'What did the Romans ever do for me', well quite a lot if you live in Mérida. 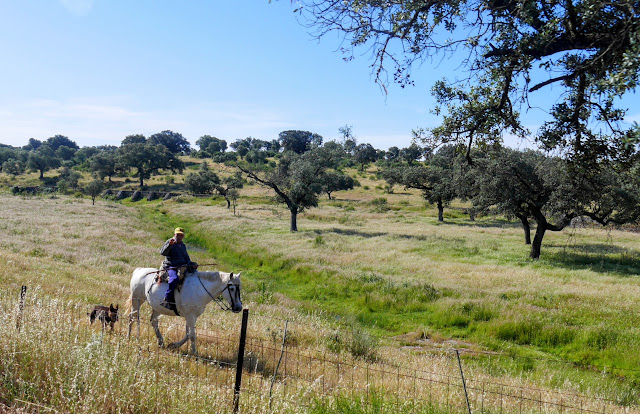 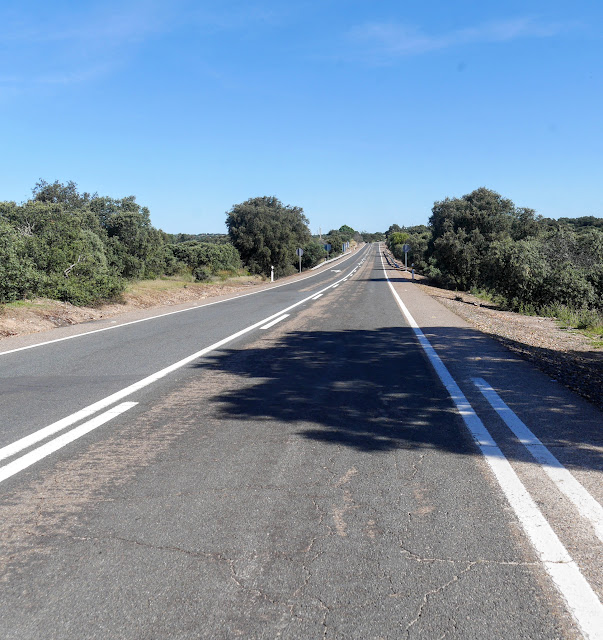 After visiting the dam we joined the N630 and stayed on it for next 60 kms. The the first half we climbed gently and for the second half we descended,although there were of course various ups and downs along the way. It was actually more fun than it sounds and apart from a few other cyclists and the occasional car we again had the road to ourselves. It's a remarkable thing, a huge empty road, barely used. 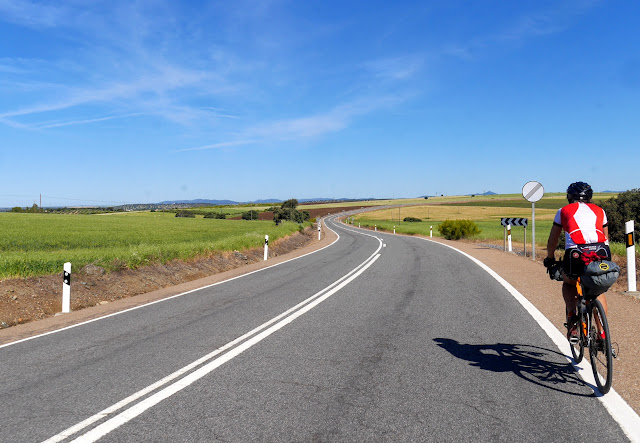 We came through some rapid scenery transitions. After leaving Mérida the evergreen oaks in pasture were back although more dispersed than a couple of days ago, and very beautiful. Then the arable landscape returned only to be replaced for the last 20kms before Càceres by something new, vast open meadows, not quite as dry but getting close to the landscape associated with westerns, the High Chaperal for example. It's only May so clearly this will be very arid brown landscape in a few weeks time. I have to say that the scenery in Spain has really impressed, much better than anticipated, although I glad I'm cycling through it and not walking. 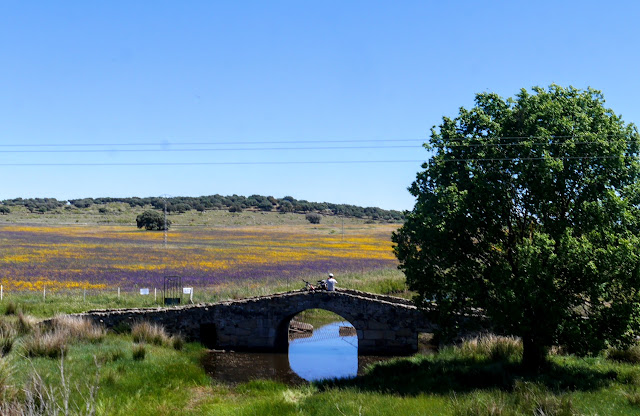 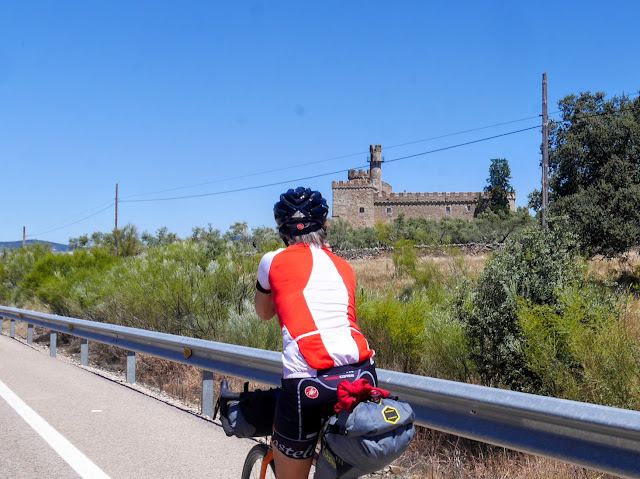 We arrive at the agriturismo at 3:15, Christine asks if they're still serving lunch. The woman looks blank and tells Christine that they don't have a restaurant. As Christine's jaw hits the floor she then says she can rustle something up and with minutes we're consuming the first descent salad we've had in Spain (unbelievable considering they grow it all), and delicious home produced Jamon and cheese and of course a beer. There also going to sort dinner out for us. Our room by the way is one of 5 in converted cattle sheds which are Roman in origin, so yes the Roman's did something for us as well
Posted by John Hayes at 8:27 PM