Thank goodness, after last night's​ misadventure, we have arrived exactly where we expected to be and the hotel, which was easily found, turned out to be the best yet. 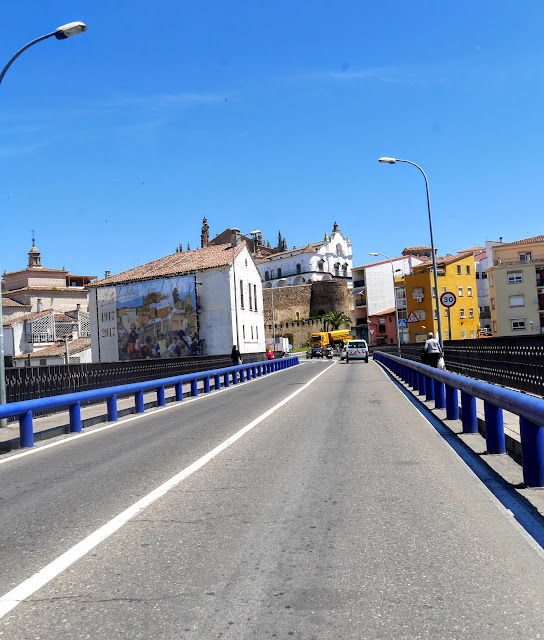 Firstly a postscript to yesterday. It seems I ended up in the wrong Càceres because this was the recommended stop from the Ruta Vía de la Plata website. Why they suggested staying there is beyond comprehension. It's a village with little in the way of world beating tapas and although our hotel was 2 kms away, the noise from the town's dogs kept me awake to about 2 in the morning. I haven't heard such noisy dogs since my last trip to Nepal, a country whose Buddist traditions stops them doing anything sensible with such sleep inhibitors. They definitely don't have the same scruples about animals here but the dogs made the same noise We were also slightly disappointed that the wonderful welcome from our agriturismo hosts came at a whopping cost - every tiny bit of welcome was itemised and had to be paid for.

The advantage of an early (and expensive) breakfast was that we got away in good time. Cycling across this wild-west countryside at 8-30am in the morning gave yet another dimension to Spain's excellent sunshine because it cast such wonderful light. 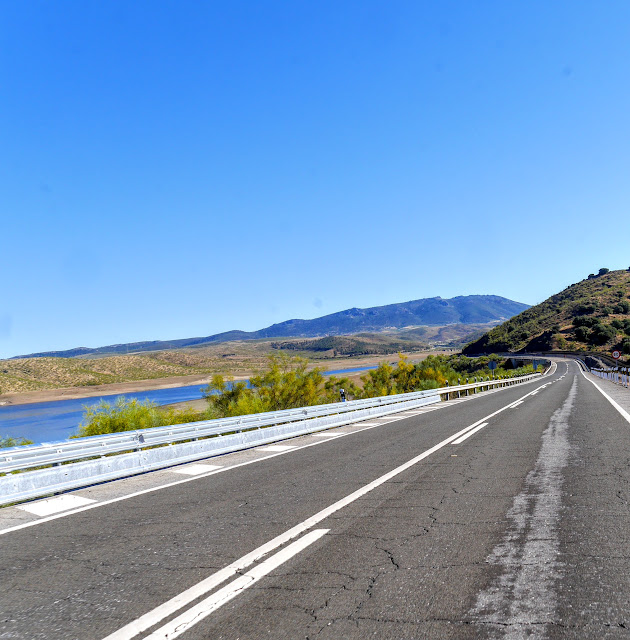 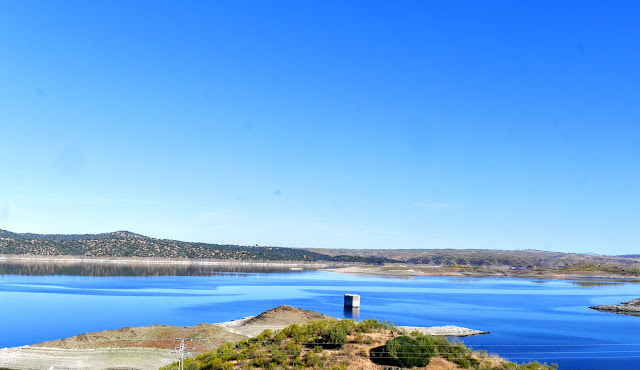 Today we cycled along the east side of the massive Alcantara reservoir, climbed 350m to Los Castaños, the pass, and then down again the other side pushing against a head wind to Plasencia. For 90 per cent of the 75km we followed the N630 and for the last stretch in particular, we were very close to the motorway. 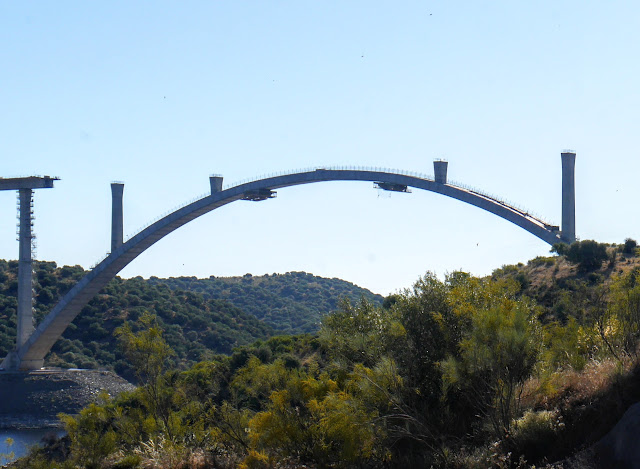 Spain of course has the best infrastructure of any country in Europe and cycling along the empty N630 we have been benefiting greatly. Today we suffered slightly from traffic serving the construction of new high-speed railway line going from Madrid to the Portuguese border. Originally intended to link the two national capitals, progress has slowed since the Portuguese cancelled their part of the deal. I'm sure it will get built eventually and the Spanish, who have the second longest high speed network in the world surpassed only by the Chinese, aren't going to be distracted by details like the lack of a destination. 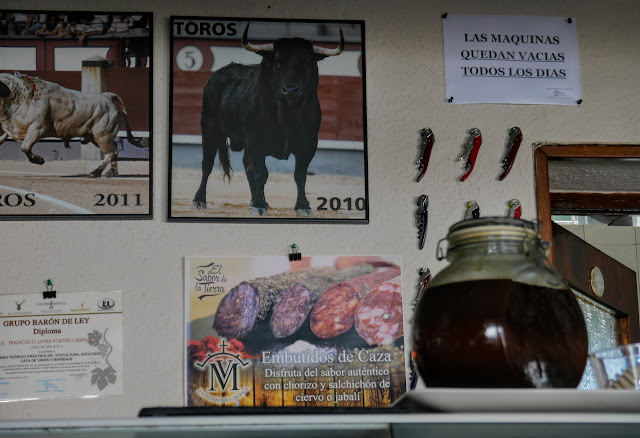 Just before the pass at Los Castaños we stopped for what turned out to be the only refreshment opportunity of the day at Cañaveral. The restaurant bar was authentic and the breakfast rush was over. On the bar was a large jar of honey and it's honey with olive oil rather than tomato paste that's the traditional spread on toast in the morning. Behind the bar were photographs of the champion bull for each of the last five years. 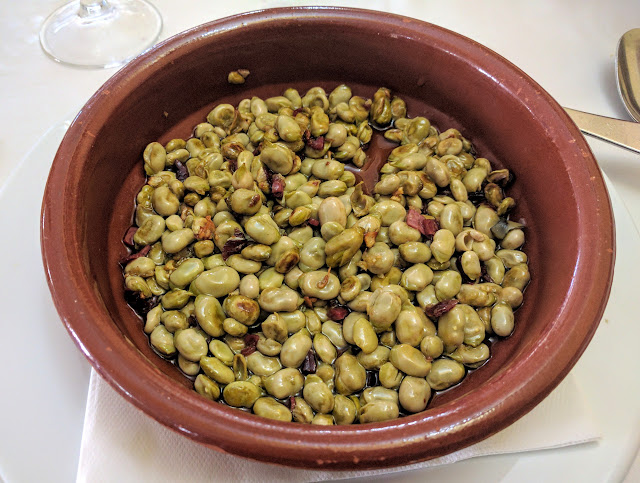 Plasencia took a long time arriving and given yesterday's disappointment it was both a pleasure and a relief to find such a nice hotel. We treated ourselves to an enormous lunch part of which was an old favourite of mine, fried baby broad beans and ham. It's quite expensive but if it's the right time of year I always have it once each time I visit Spain. 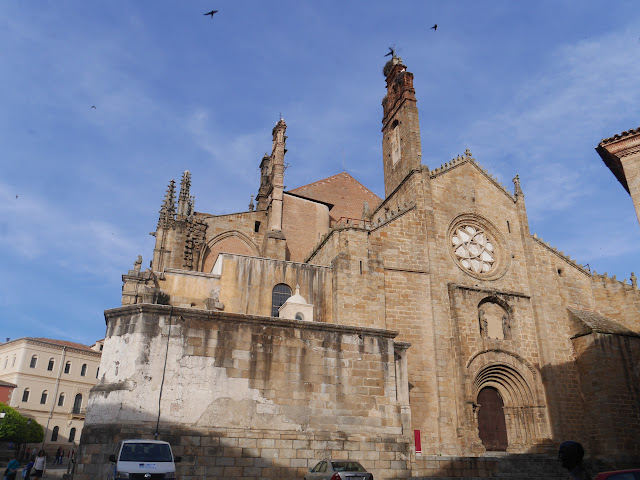 After a few hot days Spain is starting to feel like summer and the buildings in the old historic core really held onto the heat of the day. Plasencia has two cathedrals, both part of the same complex, the first Romanesque Gothic and the second Renaissance Baroque. They started each one in turn but then stopped due to lack of money which at least shows that there's nothing new about Spain's boom bust economy.
Posted by John Hayes at 8:27 PM